Some Times, The Best Endings Come From The Worst Beginnings

That is definitely something to keep in mind
during these trying times.
Yesterday afternoon, while I was at the barn doing
afternoon chores and talking to Griz,
it occurred to me that I never told you the story of our very first
encounter with Griz.
(I never told you because at the time it just seemed so horrifying...
but the best ending came, so I'll tell you now.) 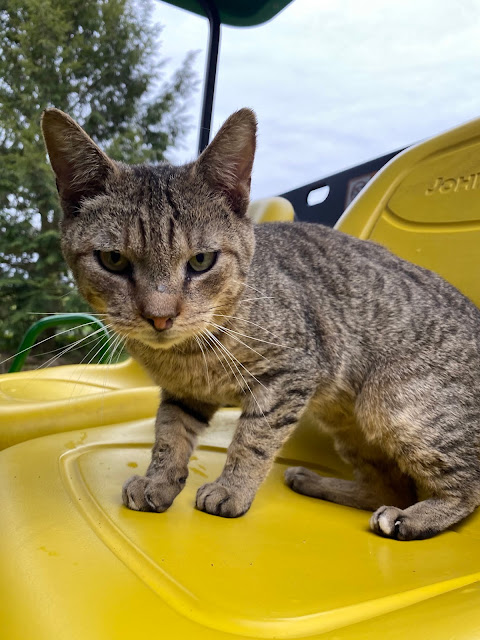 It was a cold winter morning and we were out doing
early morning chores as the sun was rising.
As we drove down the long driveway towards the barn,
I hopped out of the gator where the driveway forks.
I headed to the barn - Hubbs headed to the pond to feed the ducks. 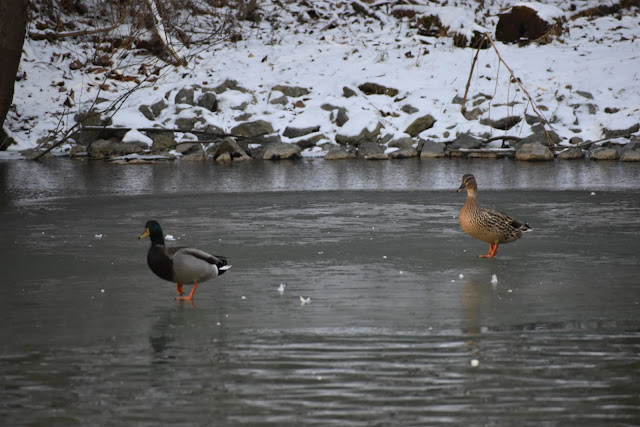 Upon entering the duck hut, where we keep their feed,
he was surprised by the presence of a cat.
Assuming (because of its coloration) that it was our Moll cat,
he bent down to pet it,
and the cat took off running... ending up at the gator.
At that point, the dogs took notice...
probably because they, unlike Hubbs, were aware that it was a stray.
Frightened by the dogs, and with Annie chasing him,
he headed straight for the freezing cold water of the pond and
jumped right in...
swimming to the opposite shore in short order and into the woods beyond. 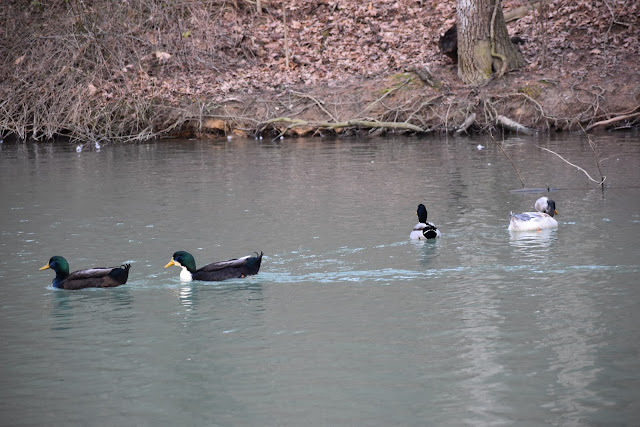 Hubbs arrived at the barn...
Read full article on beehavenacres.blogspot.com