Do you know what happens to little boys who
take off their grazing muzzles in the middle of the night?
They get a ridiculous 80's "big hair" hairstyle...
so as to prevent them from repeating their transgression! 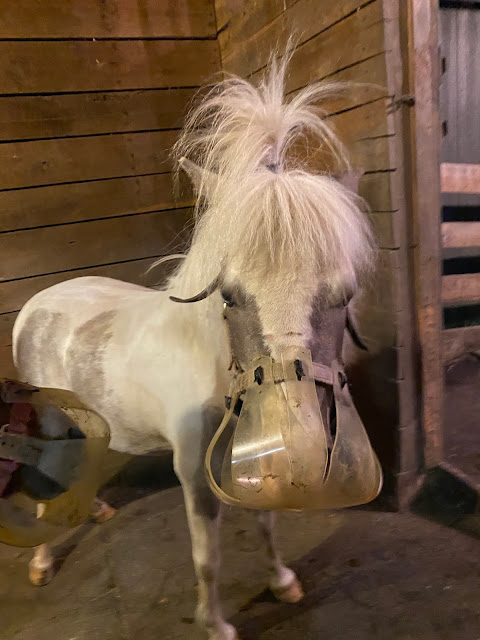 Seriously, a rubber band that takes a bunch of hair from his forelock
and a bunch from his mane...
with the head strap of his halter sandwiched between them -
and I have to say, he looks somewhat adorable! 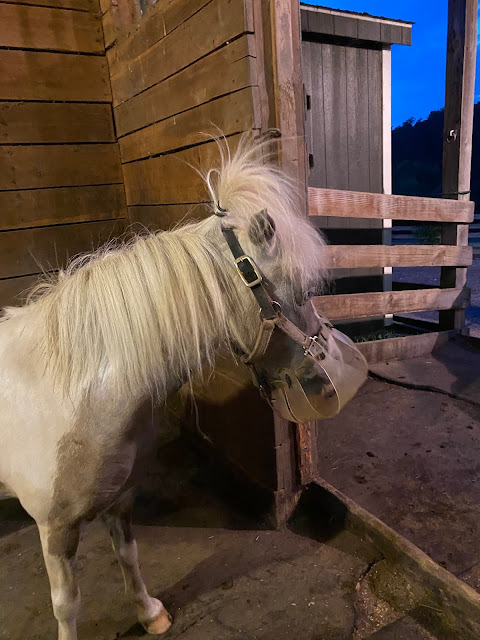 Ollie, on the other hand, was not impressed with the new "do."
If it does the trick... that's all that matters.
We cannot have naughty little boys getting fat
without their grazing muzzles!
This was the scene on the way to the barn early yesterday morning...
my helpers, Bobby and Sam. 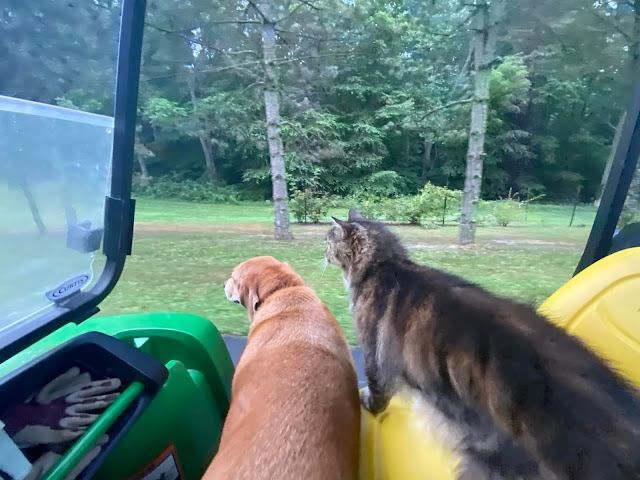 Then, when we stopped to water the sheep and pigs,
Griz met us... 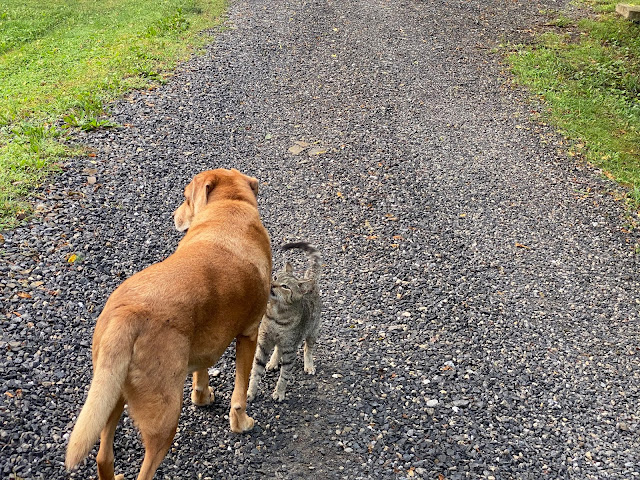 Griz and Sam...
What is it about this old brown dog that makes the cats love him so?
He has always been a cat magnet.
And it's not that he bothers much with them...
they just always gravitate to him. 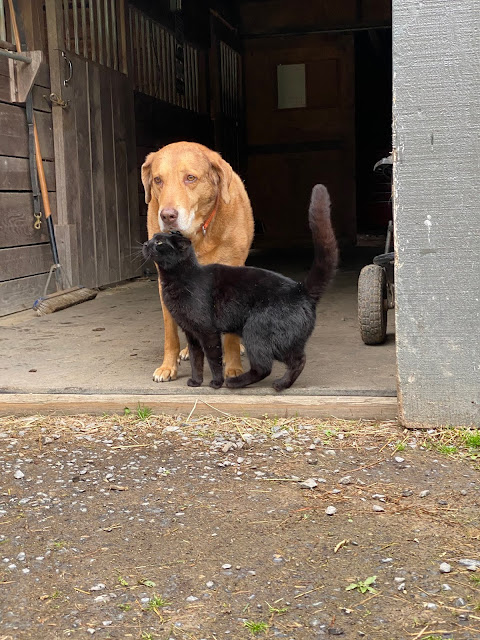 Sam, the cat whisperer.
I mentioned, earlier this summer, that we switched
from the beloved Ritz crackers to
the even-more-beloved Graham crackers.
Well, let me tell you...
it's been a game changer with the sheep. 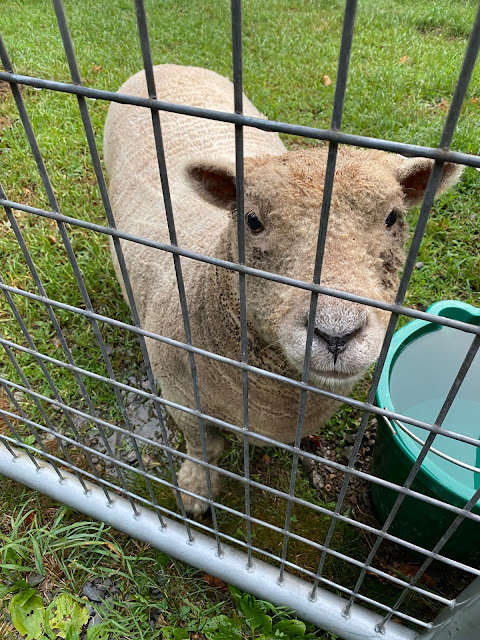