Morning came early yesterday,
as I awoke shortly after 4 AM.
I had been dreaming that a baby was crying,
then my brain kicked into gear and I realized
that it was Ivy, our house cat, meowing to come in
from a night on the prowl. 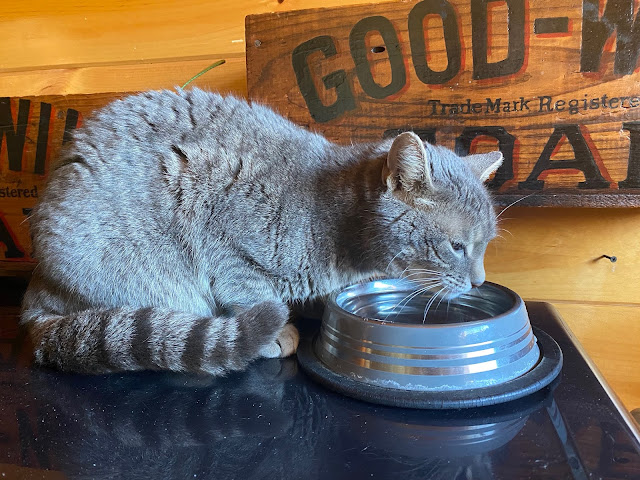 Not wanting to waste the cool of early morning,
we got out of bed and headed out for morning chores.
The fairy lights were still burning brightly around
Maven Haven during this twilight hour. 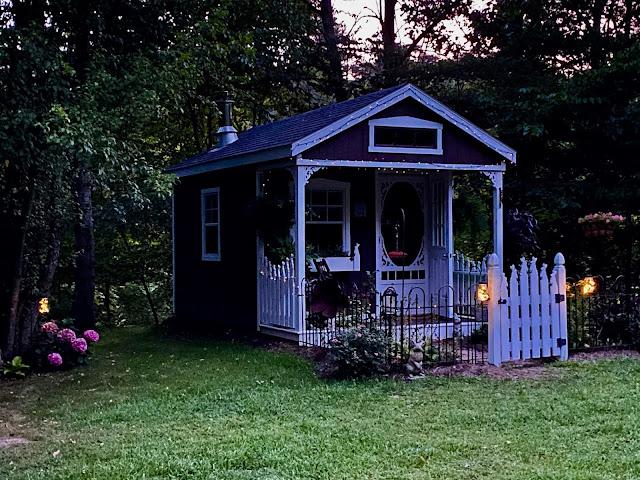 It was early enough that the horses had not yet wandered down to the lowest
of the two upper pastures.
Most mornings they are there waiting for us,
but yesterday, we had to call them home. 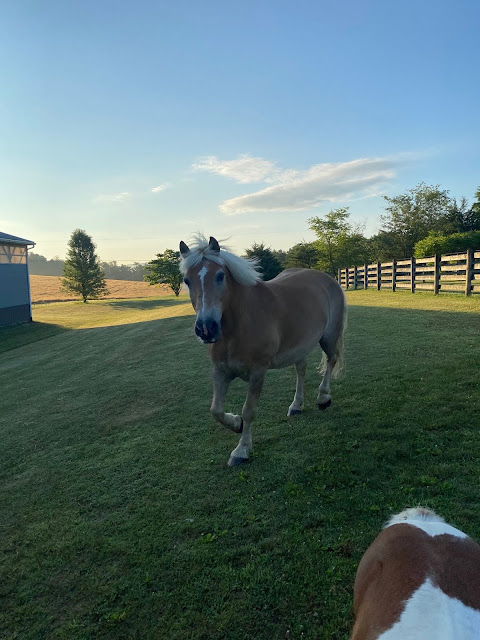 Willingly, they came to us and we all headed back to the barn.
Some, slower than others. 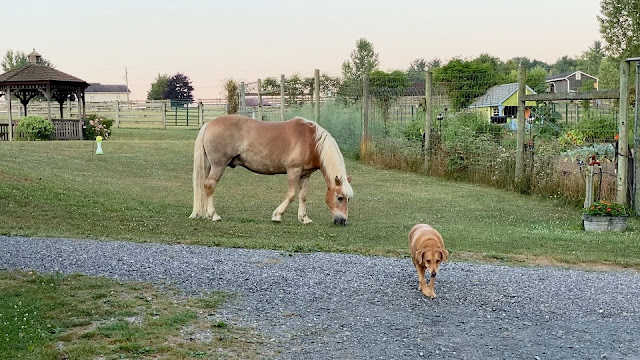 It wasn't long until this was the scene at the barn - 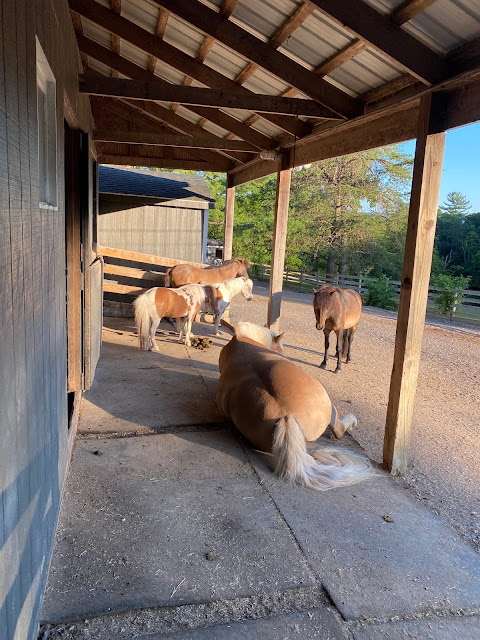 6 AM, and everyone is asleep.
I did a little work in the garden and then headed home to do laundry,
and some kitchen cleaning.
I havested the last of the sugar peas...
which has grown so large that they needed to be shelled.
I also grabbed an handful of Mexican gherkin cucumbers for salad.
They are pretty tiny... these are in a single-serving, ice cream bowl.
(to give you an idea of their size) 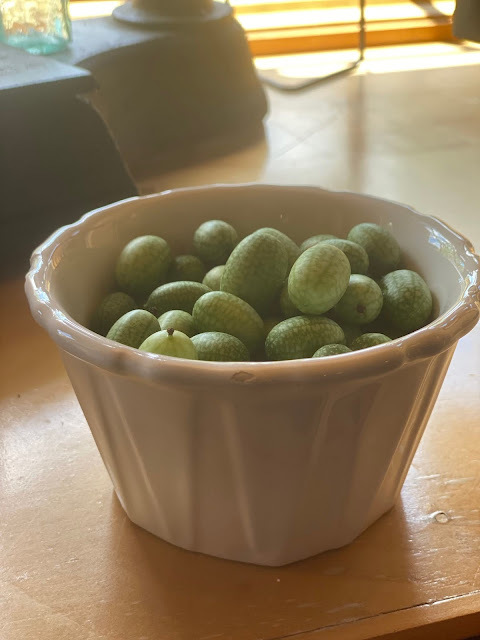 I just love that they look like fairy-sized watermelons!
On the subject...
Read full article on beehavenacres.blogspot.com