A Day For Rain Gear

Some were actually made for immersion in a day such as yesterday... 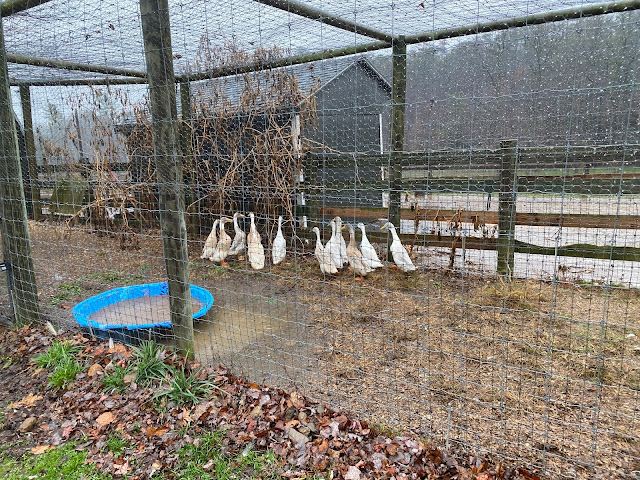 and some prefer to remain spectators. 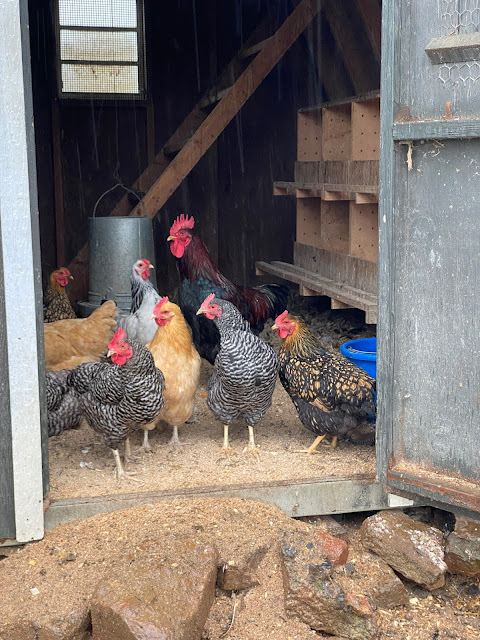 The guineas find a port in the storm and form a single file line beneath the narrow arena over-hang.  They used to have their own house, but refused to use it. 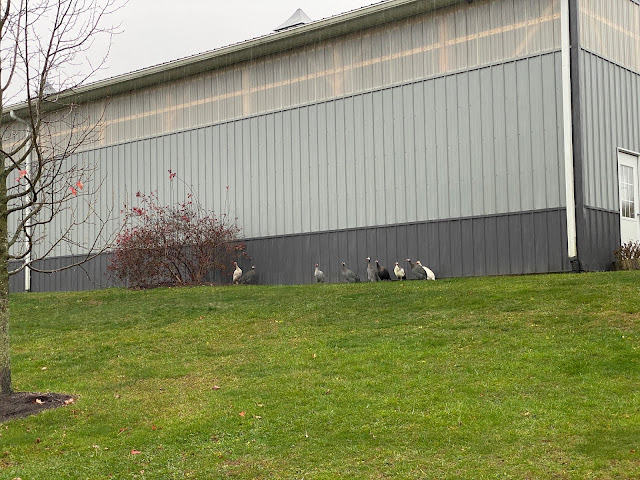 Everyone else has their own shelter, 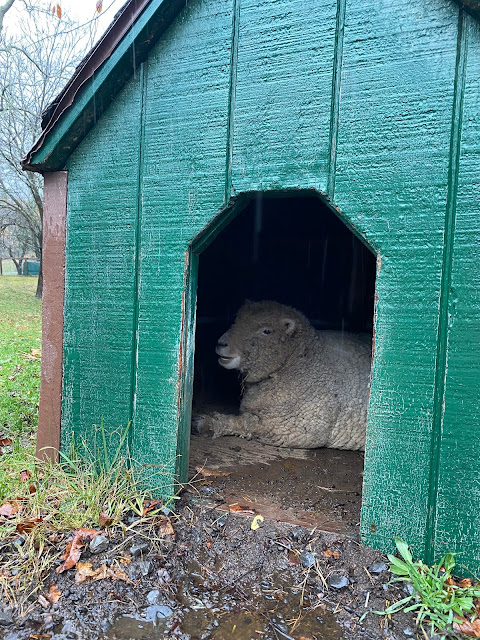 but some don't care to use it... seemingly ignoring all weather conditions. 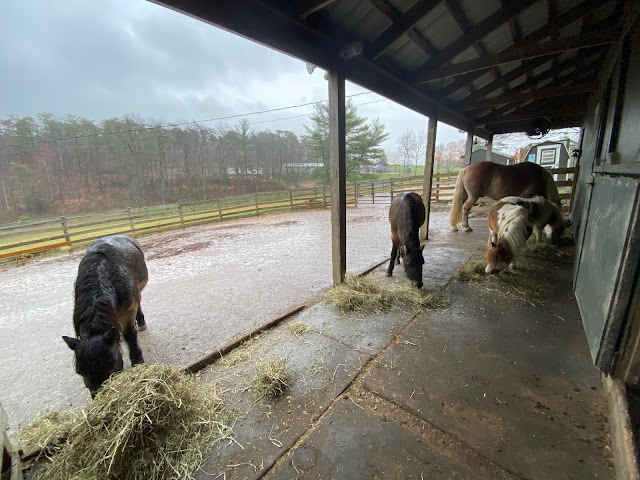 I assume some just don't care about looking soaked and disheveled, 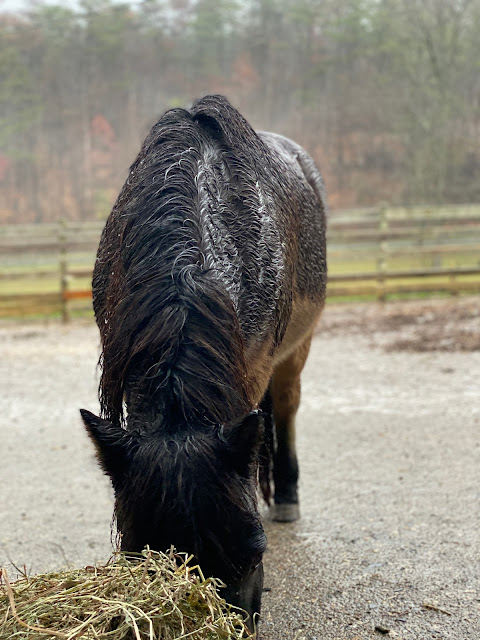 while some would rather die than have a bad hair day. 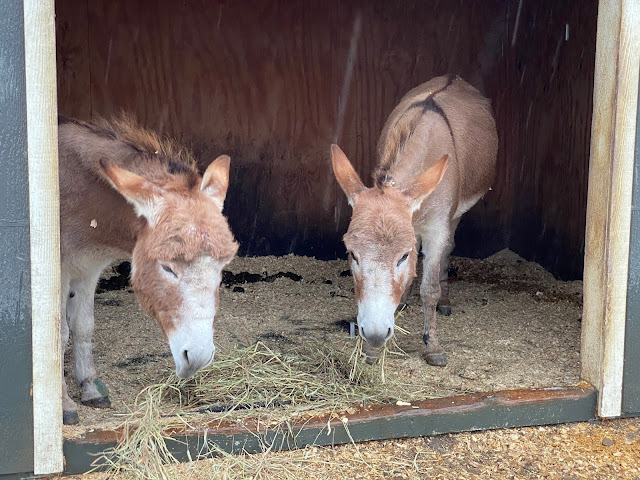 As for me... I have no choice.  No matter the weather, there are chores to be done, needs to be met. 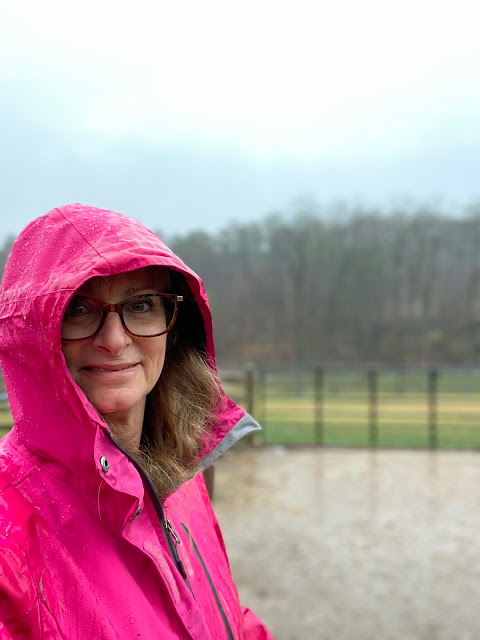 The rest of the time, however, I prefer to be warm and dry on this side of the windows! 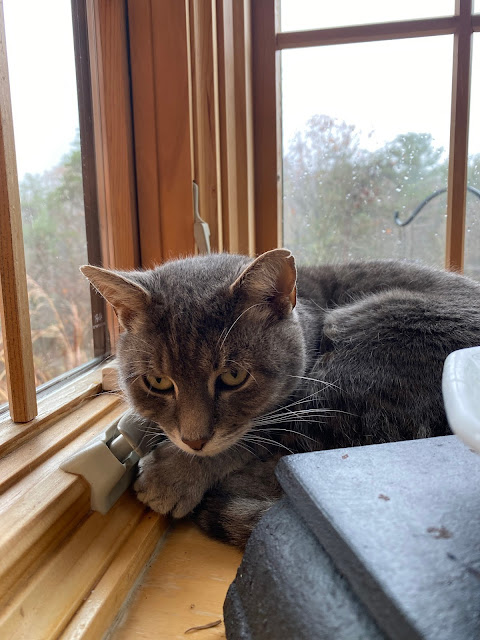 As for Sammy - where once he was game for adventure, his look tells me he'd rather be inside and dry, sleeping on his chair! 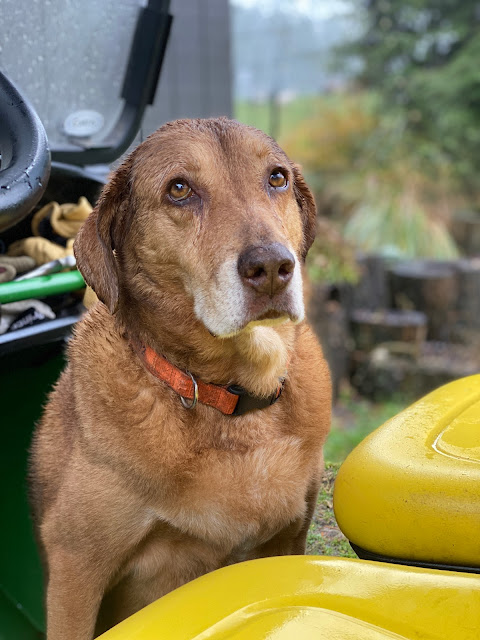 Yesterday provided the perfect day for cozy inside activities.

Sourdough was fed and then bread was prepared and set to rise.  It will rise throughout the night and be baked the next day. 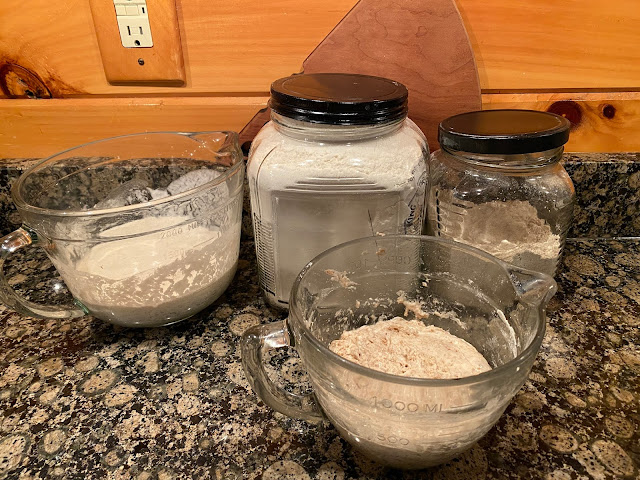 Newly harvested, adorable, mini-heads of garden cabbage were chopped and added to a big kettle of homemade vegetable soup. 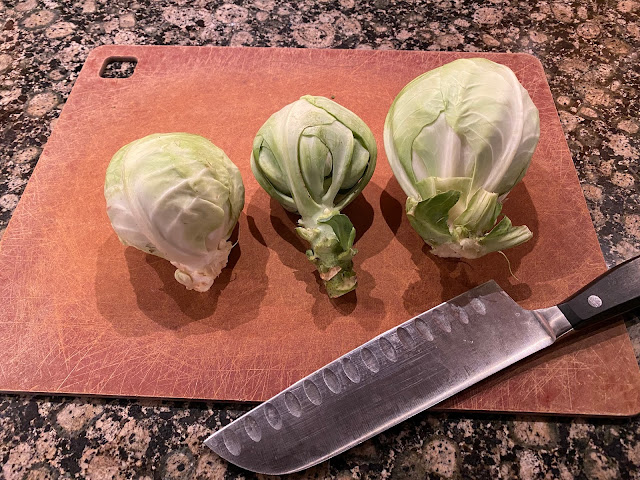 There's nothing more heartwarming than hot soup on a cool, rainy day! 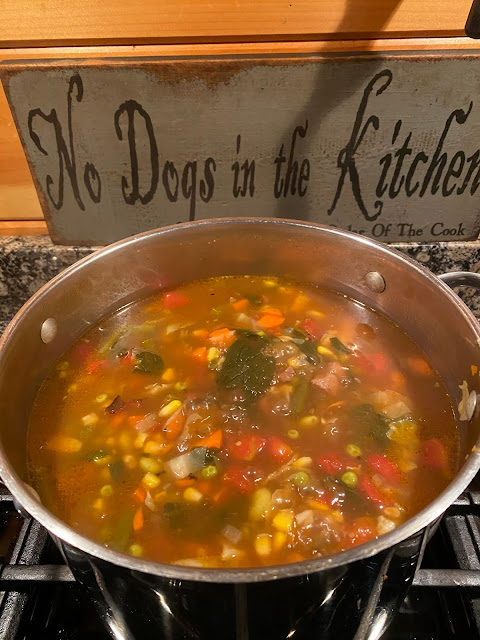