This week, on our second trip to the feed store for equine worming paste (you might remember that Ollie wore his first dose on his cheek)... I happened to spy this lovely little sheep-sized hay feeder. 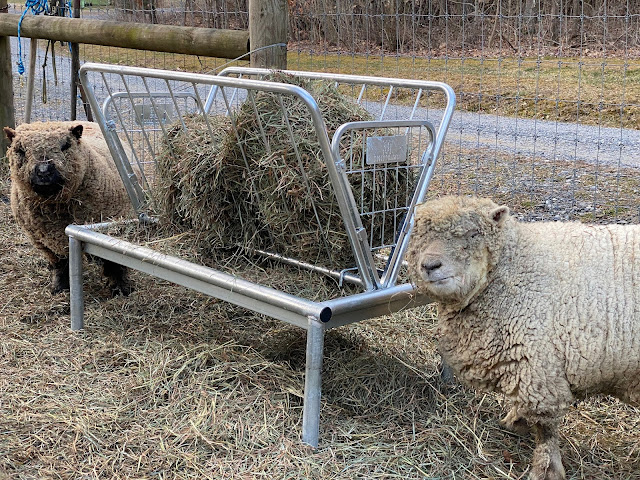 It was just the perfect size for our wooly gals, and the best part is the tray beneath that catches dropped hay... thus reducing waste.  And yes, the tray has drainage holes... first thing that I checked! 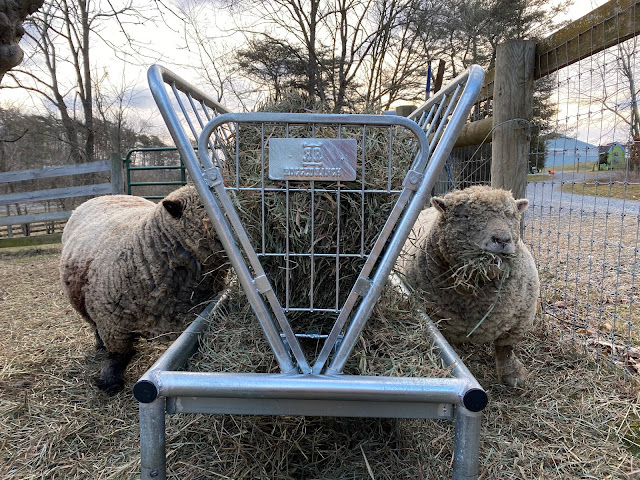 It had to come home with us.  I was as excited about a new hay feeder as I would be about a new frock.  I don't know what it is... but I just love farm equipment.

Apparently, the girls are quite happy with their new feeder as well. 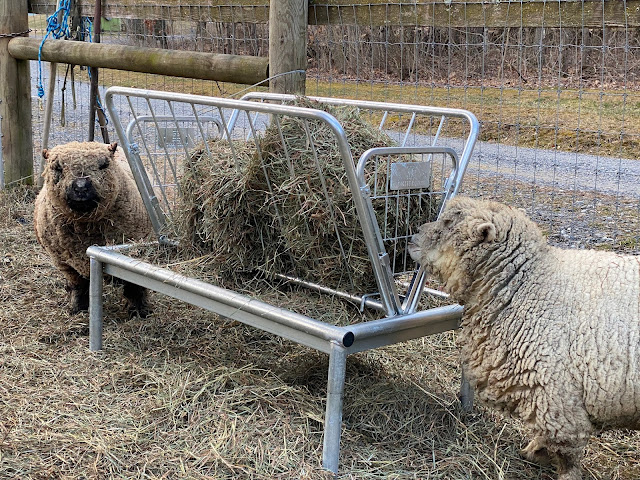 The old one was large and much of the hay that I would put into it would end up on the ground with Hope lying on top of it (pooping on it).  Next project will be to build a little pavilion over top of the hay feeder.... as soon as the weather warms enough to work in an unheated workshop.

There's nothing cuter that one of the sheepy girls with a mouth full of hay.... 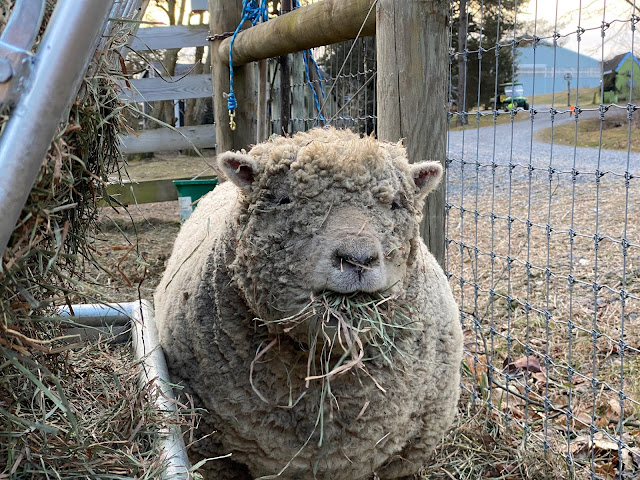 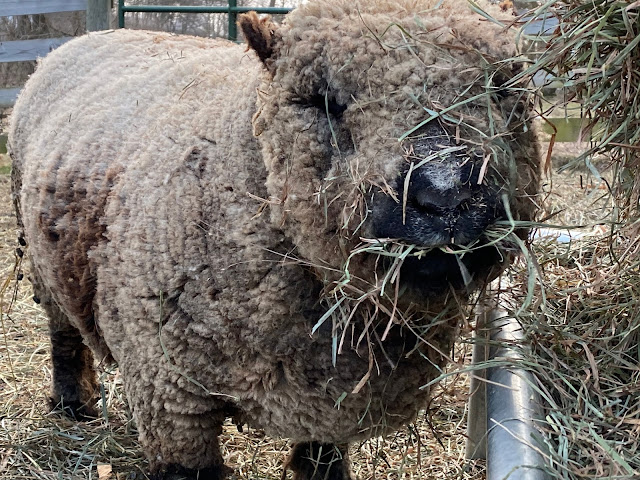 Yesterday was a colder than cold day.  With clear blue skies (no clouds to trap any of the sun's warmth) and a cold breeze blowing, it was the...