Yesterday was a mix of excitement and sadness. I should have heeded the warning of a red sun as it peeked above the horizon. I am privileged to see many sunrises, and this was one I had never seen before.  The sun was completely red as it rose in the sky... a most unusual sight. 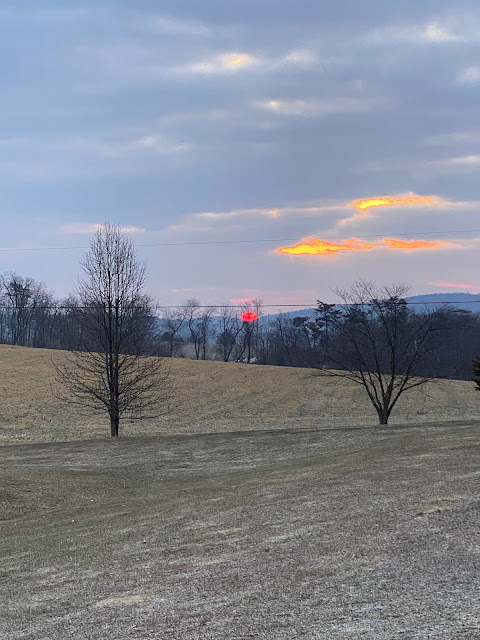 For the first time in months, with the snow finally melted, the horses were able to spend the morning in the upper pastures. 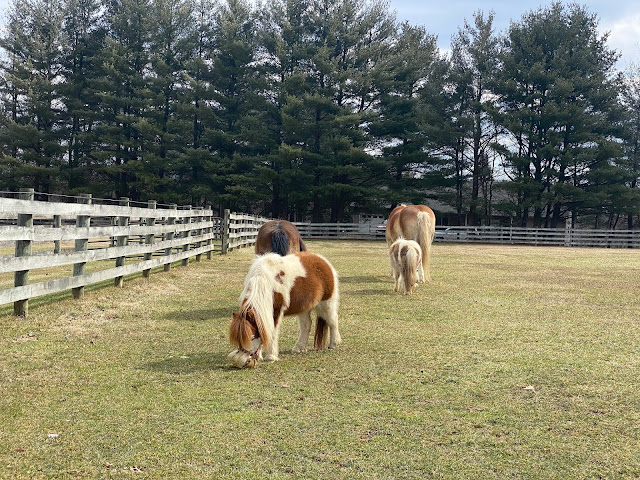 I walked Moonie up by himself and he took off at a gallop when I set him free from his halter.  Then I walked the little horses and Hubbs walked the ponies there as well. 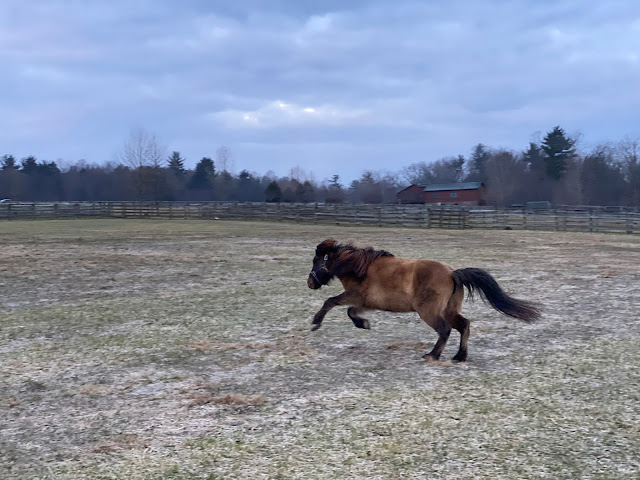 As you can see... the ponies were quite eager to join Moonbeam in the farthest reaches of the pasture and took off like they were shot from a cannon. 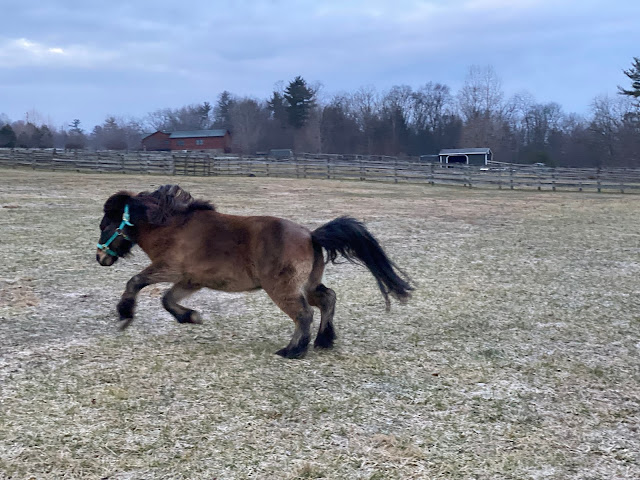 Later in the morning, they had some company as Sid and his new gal-pal came out for a visit. 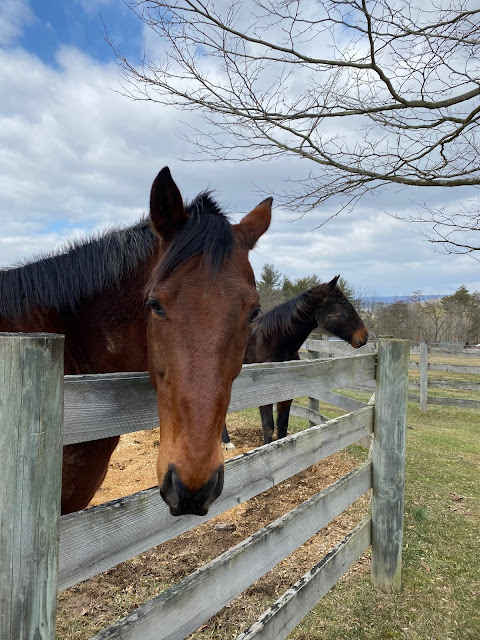 Everyone grazed as close to each other as possible.

I love how they are all so interested in each other.  Before they settle down to graze, they gallop and buck and kick up their heels to show off to their neighbors.  It is such great fun to watch.

By noontime, it was time to return to the dry lot.  Everyone was ready for naps, so rounding them up was easy.  You might notice...