It had been days since the sun had shined.  Then, yesterday morning, the sky cleared and the glorious sun approached the horizon. 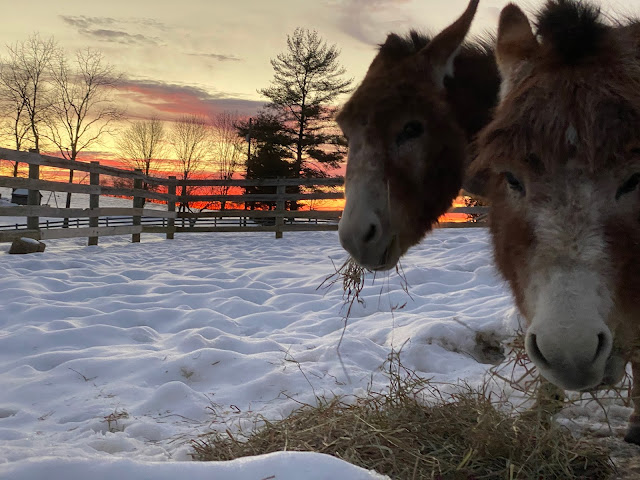 There is something so rejuvenating about the sun in the middle of winter, isn't there? 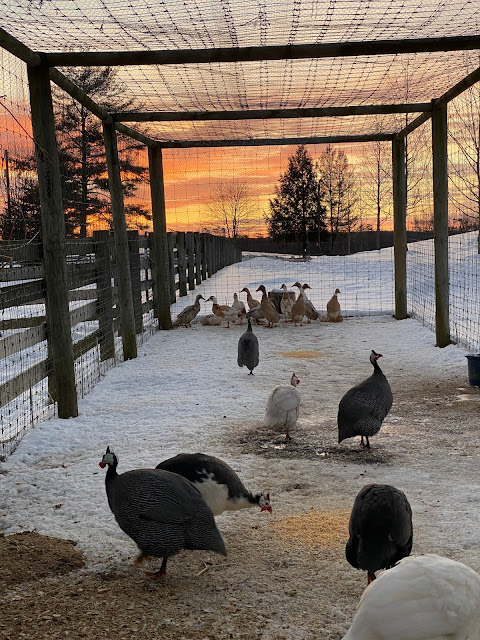 By the time we had reached the chicken pen and started the second half of morning chores,
the sun had risen high enough to cast its rays upon the snow... illuminating the solid crust of the snow like a million sparkling gems.  It was spectacular! 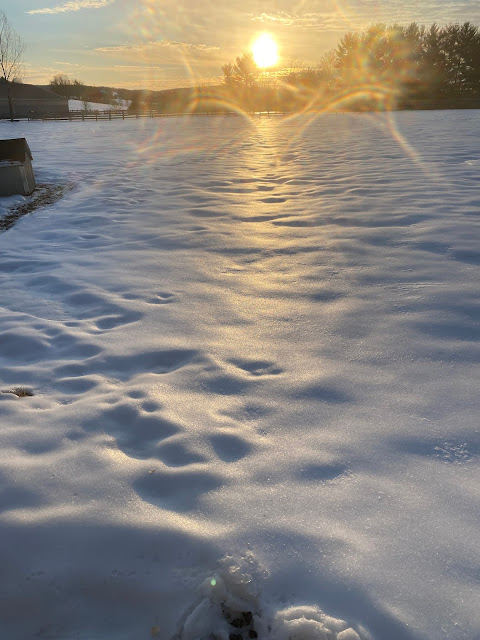 Even the animals turned and faced the rising sun.... looking for some hint of warmth. 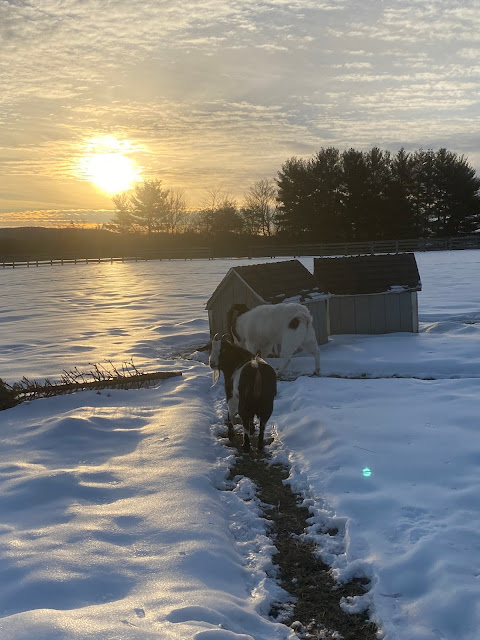 By afternoon, there was enough warmth that many of the animals napped in the sunshine.
The day before this photo of Brown Sammie was taken, beneath Old Job, our 200+ year-old pine tree next to the barn, Old Job was covered in ice... his branches hanging low to the ground. 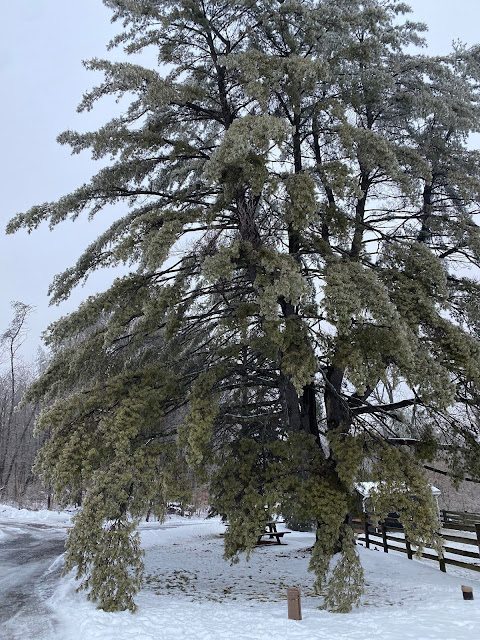 By afternoon, the ice had melted as well as a patch of snow beneath  Job- leaving a single patch of green grass
(the only patch anywhere on the farm.) 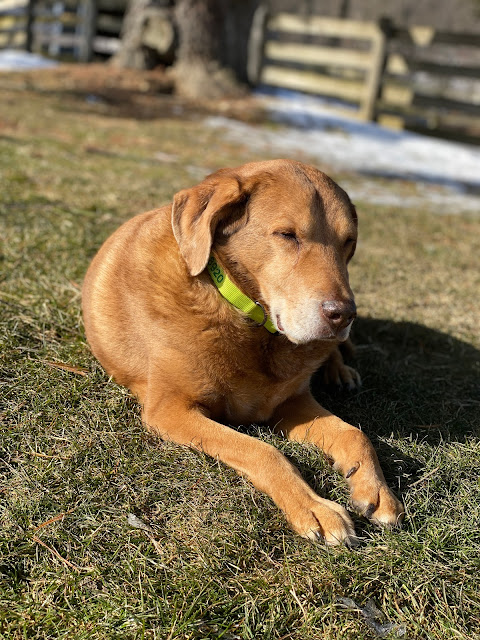 Sammie was happy to have found that patch of earth.
In those places untouched by the sun, ice remained. 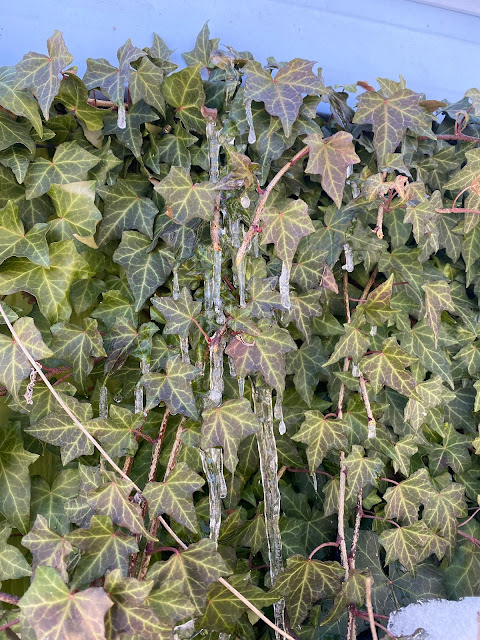 Even with the cold, the sunshine does so much to raise one's spirits.  We thoroughly enjoyed the change knowing that within...
Read full article on beehavenacres.blogspot.com