Another Chapter, For The Love of Dogs

Today I offer you another chapter in our farm story.  This is the story of the best farm dog ever.  (It is just a first draft and needs more work..... but I’ll share it anyways) 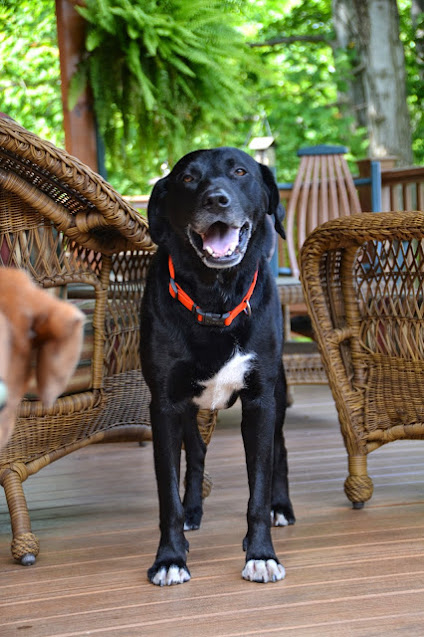 Tears stung my eyes as I read the words on the computer screen.  “Scheduled for termination, Monday, April 19, 2010”.  Above those words was a picture of a large, black lab/mix male dog named Oakley.

Staring back from the screen was an adult dog of unknown history with the gentlest brown eyes that sparkled… eyes that oozed enthusiasm where there should have been fear.   He had a blocky head like a Labrador retriever and loose-hanging lips on a greying muzzle.  They estimated his age at two, but, to me, he looked older.  Directly behind the sitting dog was a black blur where there should have been a tail.  It was obvious that this dog was wagging his tale.  He was having his incarceration mug shot taken, and he was overjoyed!  I looked at the other photos of him…. tail wagging in each of them.

My husband and I had recently discussed adopting a rescue to add to our aging canine family.  I had been researching potential rescue dogs, that morning, when I came upon a list of dogs whose days were...