Another Difference Between Chickens and Ducks

For the first time, in the history of forever, my horses have been turning their noses up at their hay.  They pick through the flakes and leave much of it un-eaten.  Late last year we bought a load of hay from a different farmer and it seems that this particular hay is distasteful to our horses.  It's not a huge problem, as we still have lots of hay left in the barn.  The only problem that remains is what to do with the hay that they don't like! 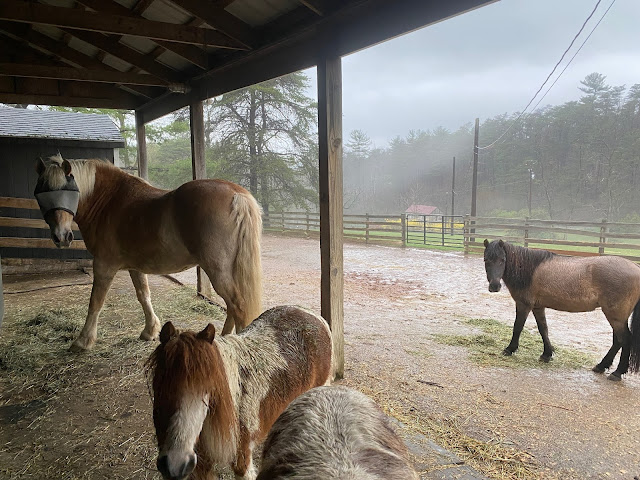 Yesterday, Hubbs took a bale and split it between the ducks and the chickens.  With everyone on yard arrest (to keep from being eaten by hungry foxes) and all of the rain that we have had, our poor birds are relegated to muddy yards.  Spreading fresh hay gives them a dry surface, and something to do to keep from being bored.  At least for the chickens - who had a blast scratching and pecking their way through all of the blades of dry grass. 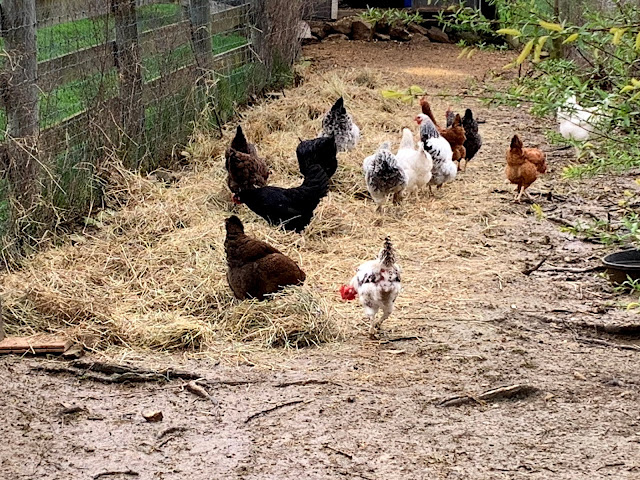 The runner ducks, however, are illustrating one of the major differences between the two bird species.  Chickens are outgoing and curious.  Ducks are shy and wary.  The ducks just stood there looking at the hay - certain that this different thing must be dangerous. 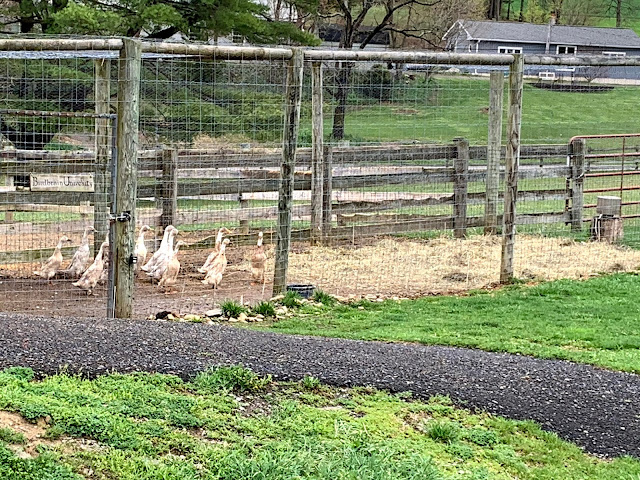 Once again, rain kept me from...