A most unusual sight greeted me yesterday morning as I opened the door to the pig house to deliver their breakfast.  Normally, as I make my way across the dry lot, I am met by loud grunting.  Each morning, when I open the door, Ginger climbs up on the barrier in front of the door trying to get to the food first.  She has been known to actually jump over the barrier, right into the dry lot. 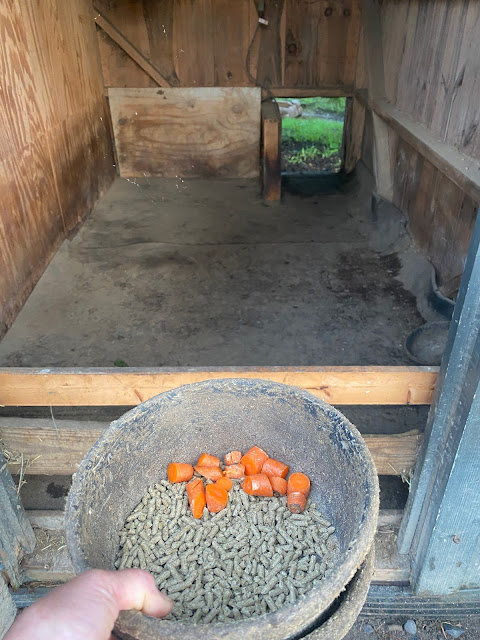 Yesterday, however, no one greeted me.  The pig house was empty.  I called for the pigs, "Pig, pig, pig..." in my high-pig-pitch.  After a few moments, MaryAnn arrived.  But, no Ginger anywhere. 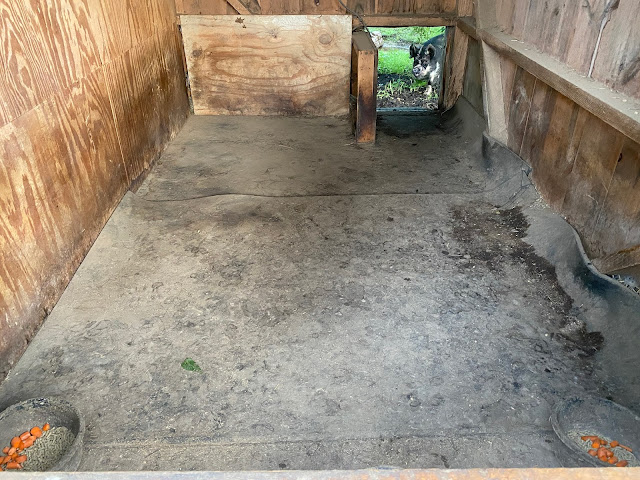 It wasn't a huge mystery, though.  Lately, I have noticed that the pigs go running into the sheep yard first thing in the morning, as soon as the gate between the two yards is opened.  I had wondered what the attraction was... wondering if perhaps they were eating cicadas that had dropped on the ground (a delicacy for the hens and ducks.). What the pigs had found, instead, were ripe mulberries that drop from the mulberry trees in the sheep yard.  Mulberries have become the pigs favorite food... even better than graham crackers, it seems! 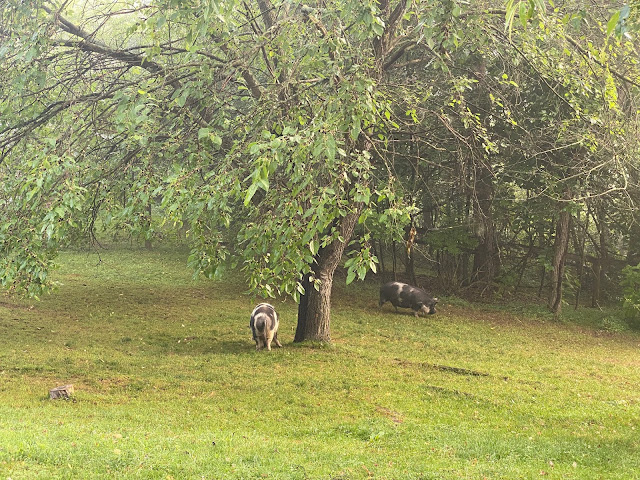 Hubbs did a little research and found that there is no harm in...